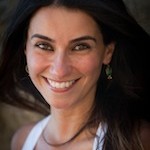 Professor Soomekh is the author of the book “From the Shahs to Los Angeles: Three Generations of Iranian Jewish Women between Religion and Culture.” Dr. Soomekh is an Executive Board Member of Loyola Marymount University’s Jewish Studies Advisory Board and a member of the Iran Task Force for the American Jewish Committee. Besides giving numerous scholarly and public presentations on Iran, the Jewish community and women in the developing world, she is also a member of the city of Los Angeles’ Human Resource Commission where she is involved in numerous interfaith and intercultural projects. Dr. Soomekh is currently the Project Coordinator of an exhibition at the Fowler Museum at UCLA entitled: Light and Shadows: The Story of Iranian Jews. She was a consultant for the PBS documentary “Iranian Americans,” which aired on Dec. 18, 2012.