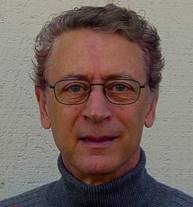 Albert Bivas and was born in Cairo, Egypt to an upper-class, Jewish family.

Do to increasing pressure and threats from Egyptian President Gamal Abdel Nasser’s regime, Albert’s father–who was a successful stockbroker and textile factory owner–sold his factory at a deflated value in 1956 in order to keep it from being confiscated by the Egyptian government. With little options in store the Bivas family decided to move to France. Upon exiting Egypt, they were forced to sign a Laizee Passé (a one way exit visa saying they would never return), and for eight years after lived as stateless refugees.

Although they spoke French, assimilation into France was difficult, especially for Albert’s father, who at the age of 52 could not find work and had a family of seven to raise. The Bivas family essentially had no financial resources and their extended family was dispersed around the world in Israel, England, the US, and Australia.

Eventually, Albert and his family made their way to the United States. Today he resides in Palo Alto with his wife, Natalie, and two adult children. He remains an outspoken advocate for the one million Jews displaced from their indigenous homelands in the Middle East and North Africa.