Ben-Dror Yemini was born in Tel-Aviv, Israel to a Yemenite Jewish family. He studied Humanities and History in Tel Aviv University, and later on he studied Law. After his university studies, he was appointed advisor to the Israeli Minister of Immigration Absorption and then became the spokesman of the Ministry.

After a short term in the public service, as the advisor of the Minister of Immigration and the spokesman of the Ministry, Yemini began his career as a journalist and essayist. In 1986 Yemini published the book “Political Punch” which is a critique of politics and society in Israel. He worked as a lawyer and was a partner in a law firm.

In 2003 he became the opinion-editor of the daily newspaper Maariv and also published many articles and essays in other journals. In recent years Yemini researched and published many articles about the “industry of lies” – the endless publications against the State of Israel and its Jewish character, which he considers false.  In this framework, he published a series of research articles about the Israeli-Arab conflict in which he examined the issues of genocide, refugees, human rights violations, the status of Israeli Arabs, Multiculturalism, and the status of women. All these articles included a comparative study about each topic. 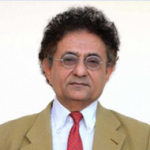 According to Yemini, “the modern Anti-Zionism is a politically correct Anti-Semitism.” He has argued that the same way Jews were demonized, Israel is demonized, the same way the right of Jews to exist was denied, the right for Self-determination is denied from Israel, the same way Jews were presented as a menace to the world, Israel is presented as a menace to the world. In his comparative studies, he presents the huge gap between the myths against Israel, from one hand and the real facts on the other hand.